Having just rejoined Weight Watchers today, I’m really excited to start being mindful of the food I’m eating. Joining was a spur of the moment decision and I’m so glad I did. However, I already had tonight’s dinner planned. It’s a recipe that created containing ground turkey breast, spinach, cream of chicken soup, milk and cheese. Everyone loves it and it’s easy and relatively inexpensive to make. The only thing that’s wrong with it is it’s loaded with calories, and WW points.

So rather than cooking something separate for myself, I made the same meal for me, but left out the soup. I also added a little more spinach, then sprinkled a just a tablespoon of cheese on top. I mixed it together like it is in the casserole, so it doesn’t look too different from what the family’s eating.

I’ve done similar things with other recipes too. For example you can cut really thick bakery burger buns in third crosswise and throw away the middle, essentially shaving off 1/3 of the calories. Leaving the meat out of your pasta sauce is another easy trick you can do. With a little planning it’s easy and fun to think of ways to eat healthy while still fitting in at your dinner table.

And tonight when it’s time for dinner I’ll just grab my bowl and join everyone else. Chances are, they won’t even notice.

I get to eat a little bit healthier, don’t have to make something special for myself, and I don’t seem like a weirdo when it’s time for dinner. I think it’s a win-win-win! 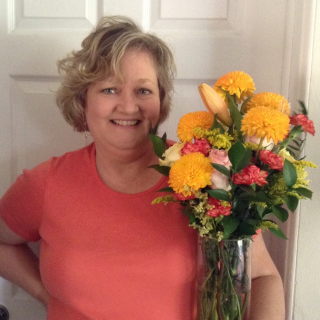 Hello and welcome to my blog! Each week I try to lose a little weight through eating normal everyday foods. No fad diets or pills for me. I've experimented with many different plans. And really just about every plan I've been on has it's merits. It's just that sticking with them is often the hard part. Currently I'm doing intermittent fasting. With my crazy schedule, it seems to work best for me. And while no food is currently off limits, I try to stick with a healthy plan. No matter what plan you follow, I'd love to have you join me on my journey!